Economic costs of intimate partner violence against women in Ethiopia 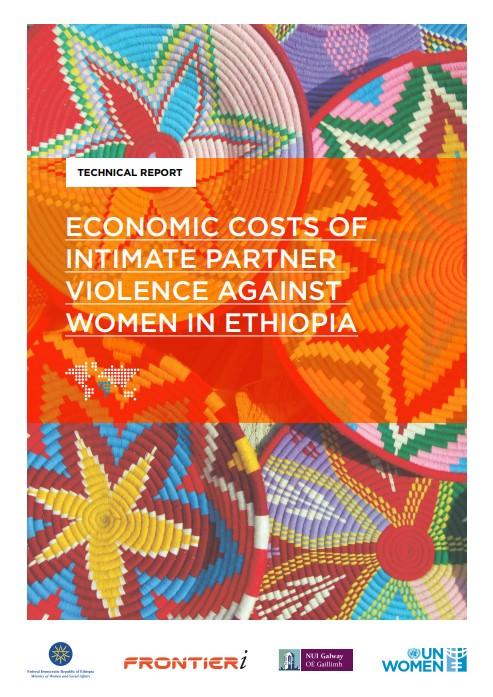 This study has been conducted to develop the evidence base on the economic impacts of violence against women more broadly through estimating these impacts with a focus on IPV. It employed a mixed methods approach to estimate the broader economic costs of IPV for women/households and the economy and the costs of providing services to survivors of IPV. Focusing primarily on tangible monetary costs, estimates of out-of-pocket costs, foregone income, and productivity loss due to violence have been produced. In addition, it provides an estimate of the various costs associated with providing violence services.

Overall, 36% of women surveyed report ever experiencing physical, sexual, psychological, and economic IPV, with 21% of women reporting IPV in the last 12 months. Just over a quarter of women (25.8 %) reported ‘ever’ experience of physical and sexual violence, while 13% of women reported such violence in the last 12 months. An important insight of this study is that a majority of the incidents of IPV involve a combination of multiple behaviors that are physical, sexual, economic, and psychological in nature.

The study shows that the aggregate cost of IPV in Ethiopia, including costs for women and households, as well as the potential cost of service provision, comes to 68,154,357,585 Birr (USD 1,312,652,927). In sum, this cost of IPV is equivalent to 1.21% of 2020 GDP. It clearly demonstrates the significant economic drain that IPV places on the economy, thus affecting the economic security and well-being of women and households.